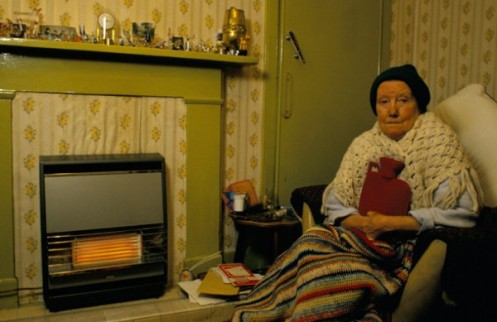 This government is renowned for its lying, but the explanation for why Kenny and crew claim there is growth and yet the signs of increasing poverty multiply is very straightforward.  The purpose of the austerity policy which has been oppressing the whole of the EU and especially Ireland, Greece and Portugal, for 7 years now, was the redistribution of income from the low and middle income earners to the high earners and most importantly the super-rich .  Wages are down most for those who had least and to ensure that the other end of the spectrum benefit Kenny gave the over 60,000 earners a 1% tax reduction in the last budget.  The excuse for this behaviour is a myth that the rich create jobs by investing and that giving them more will promote work and wages for the rest.  They have in fact been very tardy to invest, but such growth in jobs as there is, is in jobs which are not paying what they did before the recession and many  don’t pay a living wage.

So society polarizes, the rich get richer as the poor become more numerous and get poorer.  Charities, tax payer subsidies in the form of welfare benefits for those both in and out of work, and emigration help to avoid deaths on the streets, but we now have more than a third of our children living in consistent poverty and with the implementation of the government’s changes to lone parent payments being completed on the 2nd of July that figure is due to escalate.

The calculation is that a frightened and demoralized work force will accept the forced labour schemes – Jobs Bridge and Gateway To Employment, and the proliferating Zero and Low Hours Contracts, which have respectively massaged the unemployment statistics and provided a cheap support to the damaged public services and a gift to companies using Jobs Bridge; and casualised once secure jobs from the hospitality industry up to what were once thought of as professions, passing through most other sectors of the economy on the way.

This is the coming of the corporate capitalists’ dream.  A labour force which is “Flexible” for which they have very little ongoing responsibility and which is little involved in collective bargaining through associations and unions.

The economy may be growing in terms of total production and even in terms of jobs, though it has a long way to go to get back to pre-2008 levels, but the fruits of that growth are being shared differently and the largest share, far larger even than before, is going to the super-rich, both home and abroad, and that layer of well paid private and public sector workers below them, who manage the companies and departments of the State and such public services as are left, until future privatizations can take them into the profit nexus.

Even this country’s energy policy for the next 15 years is in the process of being hi-jacked by corporate interests, with the onrush of corporate mega wind-farms and their destruction of communities and the countryside with their 100-200 Meter turbines and secondary distribution lines and access roads and substations.  Their sucking of  tax payer subsidy, makes the property tax and water charge scams look like child’s play. They will reduce the carbon output of the country, but by such a small amount in comparison to the possible alternatives and with such a wealth polarizing result that they will have managed to turn what could be part of the solution into a new and dramatic part of the problem.

The Capitalists’ Dream Is Our Nightmare!

There are signs that the people of the Republic are awakening from the nightmare – the Right To Water Campaign  and the talk of a truly alternative government – but to really prevent the destruction of  people’s lives they need to understand what has caused this situation and  believe that there is a better way of doing things.  Stopping that is the function of the corporate and State controlled media and the “non-political” groups and the endless chant of  “politicians are all the same; politicians all lie.”

If people are too depressed, too afraid or too taken up with distractions, from soaps to sports to “50 Shades Of Grey” and its big brother internet porn, or legal and illegal drugs, they are unlikely to have the time or energy to organise themselves to protect themselves and their communities against the nightmare.  They will not raise their eyes to see the brightening of the possible coming dawn and we and our way of life, our culture, the heritage of thousands of years of human endeavour and many of our fellow beings, with whom we share the earth, will perish in the coming climate change.

West Cork People Before Profit are running a protest coach to the Labour Party Conference on the 28th of this month, in Killarney.  Return fare €15.00. Picking up in Most Towns in West Cork.