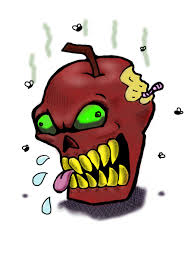 If Apple Paid Its Back Taxes, There Would Be No Need For Water Charges Or Property Taxes.

The European Commission has been investigating how Apple got away with paying a tax rate of just 2 percent on massive profits. It has concluded that the company benefited from an illegal deal with the Irish government. This judgement will be announced shortly.
Apple operated two subsidiaries in Ireland – Apple Operations International and Apple Sales International – and it funneled billions of its global profits through these companies to avoid paying a €34 billion tax bill in the US.
It was able to do this this because of a secret deal with the Irish government which cut its tax bill below the official 12.5% rate. The Irish government even allowed it to claim that it was ‘non-resident for tax purposes’.
Earlier this year, Apple warned its investors that it was likely to be hit by a big fine when the EU judgement came though.
It stated that “If the European Commission were to conclude against Ireland, it could require Ireland to recover from the company past taxes covering a period of up to 10 years reflective of the disallowed state aid, and such amount could be material.”
The Financial Times calculated that this could amount to about €2.5 billion.
Which begs the question: what should a cash strapped government that has been squeezing its own population dry do when such a windfall was possible?
Grab it with both hands, you might think, and ease up on austerity.
Sure, it might have to admit that the Irish state was complicit in the scam and face a little ‘name and shame treatment’.
But what is a little humiliation compared to getting enough money to abolish the water taxes for decades or a combination of water charges and property taxes for a few years.
Yet, unbelievably, the Irish government is lobbying the EU Commission to stop Apple paying this fine. It wants to give them a little rap on the knuckles but not be forced to pay back taxes.
The Irish elite want to turn their country into a tax haven for the rich. They lash out at their own population to create enough fiscal space to allow large corporations get off lightly.
So when faced with the prospect of back taxes from Apple, they do everything to avoid taking the money.
If ever there was a reason to overthrow this sick political establishment the scandal over Apple’s back taxes shows it.
If you agree and want to join the fight against them, then text JOIN to 086 3556482.